There’s a hen in my bedroom

One of the problems with leaving the back door open at The White Cottage is the hens!

We had to leave the door open so the carpenter could get in to finish some little jobs off.

What we didn’t expect was to come back and find a hen in the bedroom.

I must admit, I would have been no wiser had Tom not gone to look for his Beast Quest book which he seemed to think was in the bottom off the wardrobe in his old room.

I was actually in the Kitchen putting a plug on the extractor fan when I heard him scream, “There’s a hen in my bedroom”

At 1st I didn’t believe him, but then, when I heard all the commotion that only a trapped hen can create, I knew he wasn’t telling porkies.

Rather than let the hen flap around the whole house I went in to the room and closed the door behind me – BIG Mistake – as anyone one who keeps hens knows, a solitary hen trapped in a bedroom is not the most placid of creatures.

The flapping got more flappening, the commotion more commotionable, the feathers started flying and I soon found myself edging back towards the door with my eyes never leaving the beasts eyes.

I got to the door just in time, opened it just enough to get out, and virtually fell through the opening just as it launched it’s attack.

Luckily I had the foresight to pull the door tightly shut as I was falling, had I not, God only knows what may have happened.

With my heart beating at about 140 beats to the minute and sweat pouring down my brow, I just sat there contemplating what to do next… 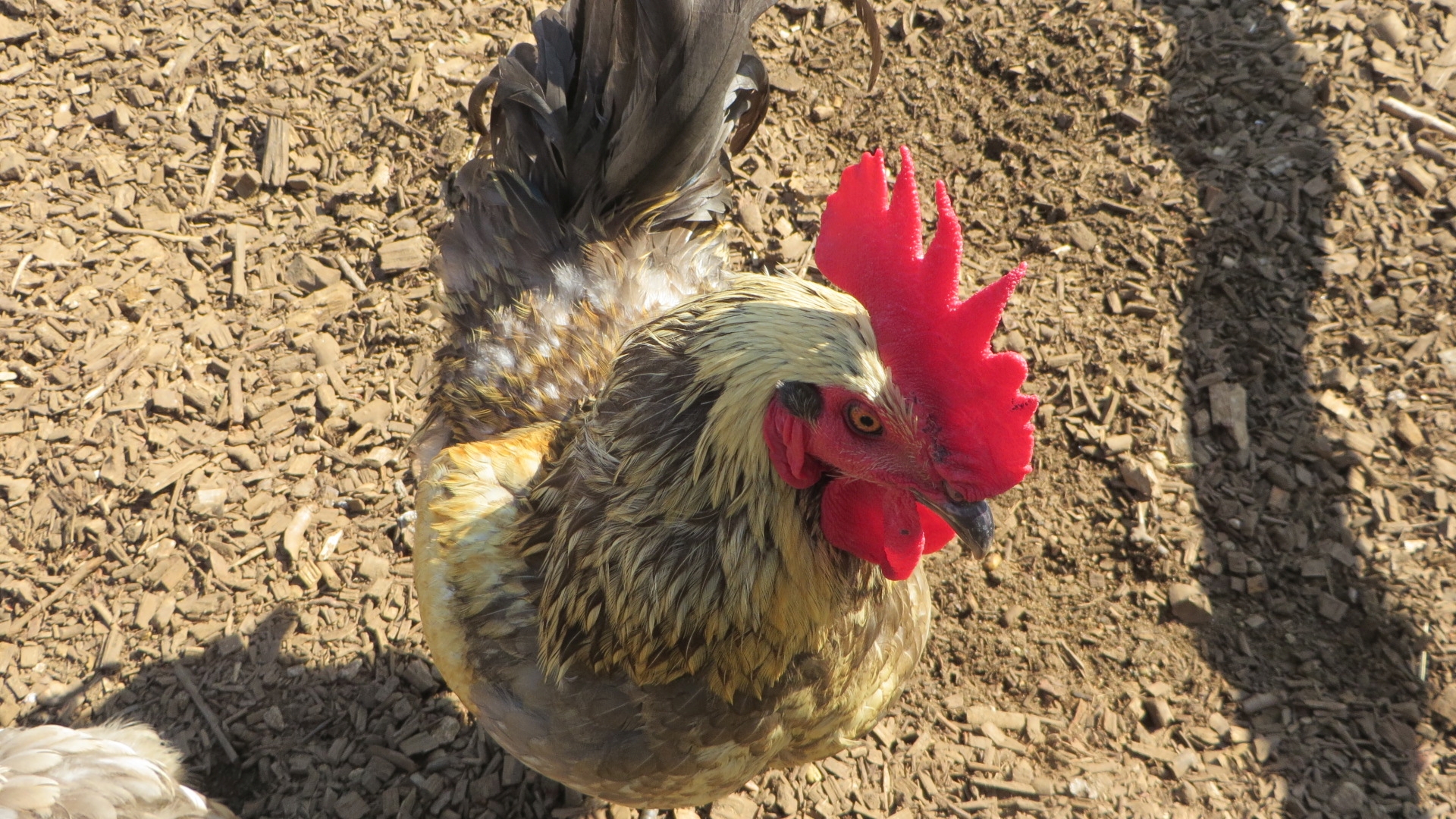