The Turkey That Came For Christmas 2019 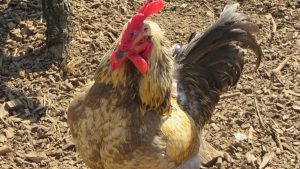 The turkey we planned on having for dinner has now become a household pet that sleeps in Jacks old bed by the boiler.

The chances of me being allowed to give it the chop and serve on Christmas day have completely diminished and the kids are now saying they want it to be with them when they open their presents.

I wouldn’t mind so much, but this is the same bloody turkey I had the incident with back in November and I still think he could do the same again given half a chance.

If it wasn’t for the fact Jack took him under his wings and the kids loved him so much I’d have given him away free to the local Salvation Army weeks ago.

Now, not only do I have him as a constant reminder of the incident, it’s also looking like I may end up sitting next to him when we tuck in on Christmas Day rather than me tucking into him on Christmas Day.

My wife just sniggers when I tell her that bloody turkey is going to ruin my Christmas, and last night gave me the option that I smile and make out I like the Turkeys company on Christmas Day or I end up spending Christmas night in Jacks old bed by the boiler.